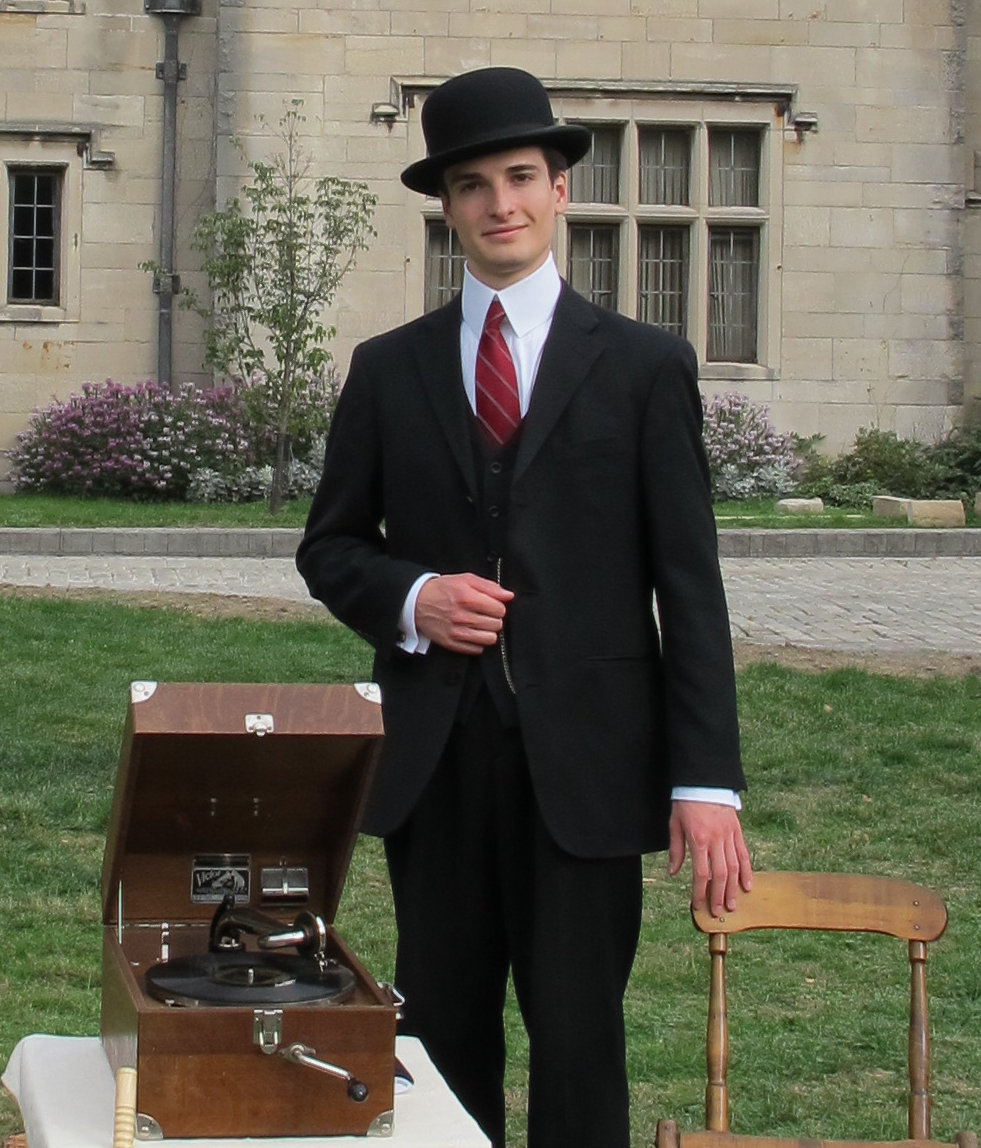 Michael Koehler is a 23 year old Chemistry major studying at La Roche College in Pittsburgh, PA. Michael took dramatic acting classes in high school and was a member of the Drama Club. He participated in multiple performances in high school including “The Diary of Anne Frank” (Peter Van Daan), “Taming of the Shrew” (Hortensio), “West Side Story” (Big Deal, one of the Jets), and “Guys and Dolls” (Angie the Ox). He also crafted a violin as a senior wood shop project using only hand tools which earned him a significant college scholarship. After high school he was an extra in the movie “Promised Land” with Matt Damon and John Krasinski. In his free time he is a scale scratch model builder, currently working on a remote controlled 1:87 Titanic model. Michael has a love of history, and collects antique gramophones and records, playing them at events where he also dresses in period clothing to match the date of his gramophone. Michael has always enjoyed the Sherlock Holmes stories and was excited to have the chance to be a contributor to “I’m Lost Without My Boswell.”